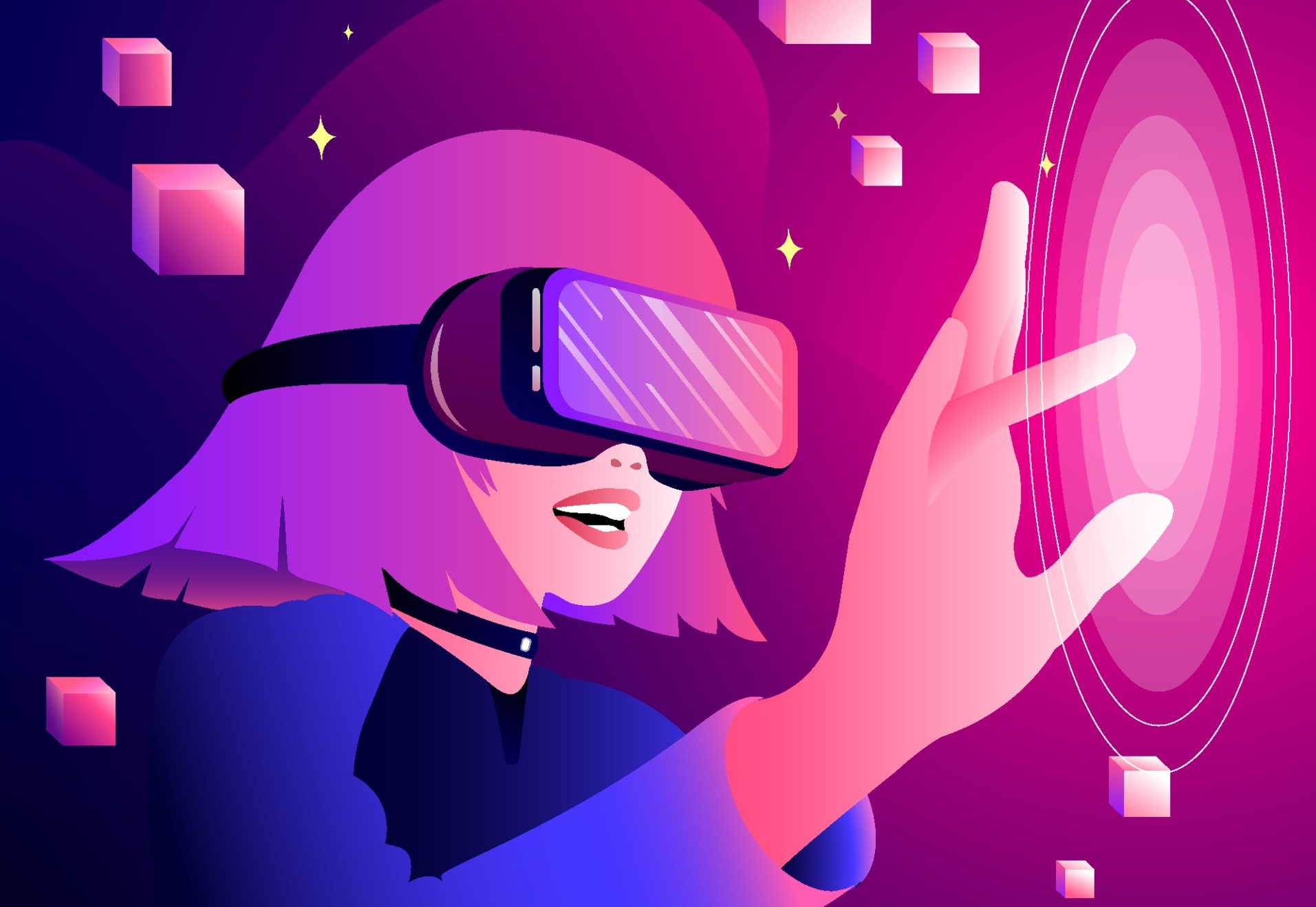 We don't have to wait for full VR or the metaverse. A range of immersive tech is showing marketers and consumers creative new ways to engage.

Head of Futures and Innovation

The pandemic made us truly value experiences like never before.

We craved ways to entertain ourselves and the escapism that it brought us. We searched for new ways to bring joy into our lives, and turned to technology to enable us to interact, play, discover and explore whilst we remained locked inside our homes for the foreseeable future.

Devices got used to a greater extent for new and different things, and more people became familiar with immersive forms of tech. From voice-activated services and visual search, to AR experiences that allowed you to virtually ‘try on’ items while stores were closed – even if people weren’t personally trying it for themselves, awareness of these technologies sky-rocketed.

As digital and physical experiences continue to merge and people become more active in the wider world once again, we took a deep-dive into the five areas of immersive tech to watch in 2022 as part of Mindshare’s eighth annual Trends report.

With many people still wary of getting out and about as much as they used to, in the immediate term we’ll see people embrace those immersive tech experiences that enhance their own personal, real-world environments.

Concepts such as using tech to visualise and try on products really started to establish themselves during the pandemic, but this is only the beginning. There is much more to come from this technology and these kinds of applications could, for example, take on more of an entertainment slant.

A few years ago, IKEA launched its ‘Place’ AR app, allowing users to virtually place furniture in their homes. Now, we’re seeing another iteration of this via an AR escape room hosted by Snapchat that gamifies decluttering your own room, which is also completely shoppable.

Can we talk about how cool the IKEA Place app is? Using AR to place real-size furniture and purchase 👏🏾. And no, I’m not buying this couch just tryna seem something pic.twitter.com/vJGo6YGO1H

When people are ready for wider-world experiences, immersive tech will be enhancing them more prominently, in both a functional and entertainment-based way.

In-person shopping has currently lost its appeal but, over the coming years, immersive and engaging store experiences will play a much bigger role in enticing people in, allowing them to explore, play with and create things, while also having more meaningful interactions with staff.

Lego’s new store concept, for example, offers multiple virtual and interactive experiences, including brick building, storytelling and personalisation areas. The role of the store is gradually changing, and retailers will be testing in this space more prolifically.

Outside of shopping, AR is set to play a bigger role too, overlaying information onto the world around us, bringing games and enhanced experiences that transform our streets, holidays and entertainment venues.

But, it’s not just AR – other technologies such as hearables, voice and visual search will also enhance wider world experiences, too.

3. A world of immersive media awaits

But, it’s not just OOH experiences that are being enhanced with the use of AR. Increasingly, AR is being used as a connector between channels, adding a layer of interactivity to all offline channels. For instance, Cheetos embedded stealth Snapchat codes into its Super Bowl TV spot, unlocking a virtual bag of Cheetos that could be redeemed for a real product.

Steal Cheetos directly from their #SuperBowl ad. All you have to do is open #Snapchat and scan. We turned all 1440 frames from the commercial into markers that unlock the AR experience! #MarketingTwitter #superbowlads @ChesterCheetah pic.twitter.com/XSkJy2kxdn

The likes of TikTok recently opened a pop-up in Westfield shopping centre where fans could meet creators and take part in a ‘full 360 experience where the best of the online platform merges with real life experience’.

We’re also seeing social commerce tying more fluidly into physical spaces, with areas being integrated into stores for livestream content. For example, one Vans store has integrated a livestreaming studio called ‘Channel 66’. As media becomes ever more participatory (another trend to watch), all these kinds of experiences will likely prove popular.

4. The evolution of the tech powering ‘real-life’ immersive experiences

Apps, AR and visual search will be at the heart of many of these experiences for the next few years, being the most accessible by mobile. However, we predict that location-based AR will eventually move away from phone screens to more wearable solutions, via headsets and glasses.

2022 will also see VR headsets become more comfortable and more accessible in price, with some new launches to watch closely. Talkability is certainly set to rise and take-up will improve, but likely the impact won’t be felt on a bigger scale immediately. However, the increased use of VR as part of more public immersive experiences will help spark people’s interest and increase its appeal.

Voice interaction, spatial audio and hearables will also make experiences more immersive. Amazon have just launched their first voice-activated shop window, for example. Further down the line, these technologies will likely be used in conjunction with others to enhance experiences, too.

However, one thing to watch with these technologies is that they must add to the real-world experience and not detract from it. People want to be certain they are actually enjoying the moment rather than being distracted too much by the tech itself. While use of these technologies will pick up pace in 2022 in Europe, the big impact will be felt in a few years, with the widespread arrival of 5G acting as a catalyst for growth.

These technologies will also be used as a gateway into virtual experiences and the metaverse, and testing these technologies early will be key to gaining learnings and getting ahead of others in this space.

5. The hybrid experience – interchangeability between physical and digital

As immersive tech transforms these real-world experiences, the boundaries between what is a physical experience and a digital one are becoming blurred. The result is more of a hybrid experience that some are calling a ‘phygital’ one.

Many of these experiences are designed to facilitate online activity, they might not even start in real life – they may start online, then progress to the real world and then back online again. Some experiences might even have a digital version happening in real time alongside the actual event, to widen reach and to accommodate those who cannot make it in person. For example, live events, which will develop to be more than just a livestream of the real thing.

Many virtual experiences are likely to have real world elements too. Nike is bringing their Roblox virtual world, Nikeland, into store using a Snapchat lens, for example. It is clear that seamless integration between all of the interactions will be key.

We will also need to prepare for the fact that all participants will expect to be able to interact with each other, whether present or not. Immersive tech could help deliver this.

The physical and digital worlds are becoming ever more interchangeable and, eventually, people will value all parts of their experience in equal measure.